Posted on October 20, 2018 by Bradley Harrington 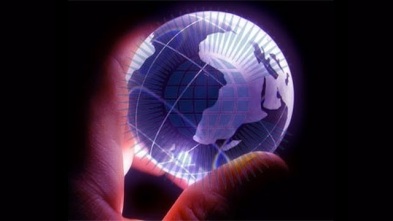 Americans, by virtue of their mostly benevolent natures, tend to assume the best about people — so, when they hear a group speaking of “compassion,” they generally take them at face value.

“Two weeks after announcing plans to revive a Compassionate Cheyenne resolution, he [Richard Johnson] says he already knows he won’t get a majority — and he doesn’t care … ‘This entire thing is about being nice,’ he said. ‘So your no vote on this says, ‘Hey, I’m on the record for being an a–hole.’’” (“Councilman Johnson to push for Compassionate Cheyenne vote,” WTE, Aug. 29.)

While the chances are high that the locals involved in “Compassionate Cheyenne” are just as benevolent as Mr. Johnson, however, none of that applies to the parent international organization, the “Charter for Compassion” — which, upon an examination of THEIR statements, can only be described as evil incarnate.

After all, Mr. Johnson, what does “being nice” have to do with United Nations schemes to wipe out the final vestiges of liberty and individualism in these United States?

By their own admission, NOT my accusations, as discussed just last week, this “Charter” is out to establish a one-world totalitarian state in charge of mandating standards of “sustainable, inclusive and equitable economic growth” (fascism) and “reducing inequalities” (socialism). What part of that Charter’s declaration do you not understand?

So, let’s take a deeper look:

■ And if that’s not enough “welfare” for you, Sir, Goal 17 also declares that we should be “fostering debt financing, debt relief and debt restructuring” in the undeveloped countries as well, not to mention addressing their “external debt” in order to “reduce debt distress.” Really? While WE, with thanks to just those kinds of schemes here at home, are now  $135 trillion in the hole?

■ And, in the U.N.’s “Transforming Our World: The 2030 Agenda for Sustainable Development” — the source from which those 17 goals spring — we find plenty of other totalitarian provisos as well, such as:

Point 28: “We commit to making fundamental changes in the way our societies produce and consume goods and services.” Really? The “fundamental way” OUR society “produces and consumes,” Mr. Johnson, is through capitalism and the free market — the little bit we have left, that is. Clearly, the one-world bureaucrats are “distressed” with the speed with which we’re dismantling that system ourselves, and are out to hammer the final nails in that coffin for us. Or do you think these international hoodlums are just teasing?

Well, Mr. Johnson, there’s plenty more collectivistic slavery where that came from, covering everything from “climate change” nonsense to the alleged evils of fossil fuels to “free” systems of indoctrination. Stuff I could easily write about for weeks. I’ve read the entire mess, and all of it tells you exactly what these thugs intend for us. Why is it, Mr. Johnson, that you want us to take YOUR local group at face value — but can’t seem to take the “Daddy of ‘Em All” at THEIRS?

This “Charter” seeks to occupy a high moral plane — while it holds a gun as its final argument. It decries “wealth” — while it passionately begs for money. It ridicules “selfishness” — while the very survival of the planet depends upon its social and economic results, the greatest engine of prosperity and production ever invented in man’s history.

This “Charter” clamors, in other words, for both the unearned and the unreal. So, Mr. Johnson, please pardon me for being enough of an “a–hole” to bring it to your attention.

NOTE: This column was originally published in the Wyoming Tribune Eagle on September 2, 2018. Here is this column’s original downloadable PDF file.