Posted on August 4, 2018 by Bradley Harrington

“When we raise our right arm and promise to protect and defend the Constitution, does that oath mean only as far as my supervisor or the Supreme Court allows me to? Or does the oath essentially bestow a responsibility on ME to know it, study it, cherish it and ultimately defend it even against a well-meaning but misdirected supervisor or judge?” — Former Graham County Sheriff Richard Mack, “The Proper Role of Law Enforcement,” 1999 — 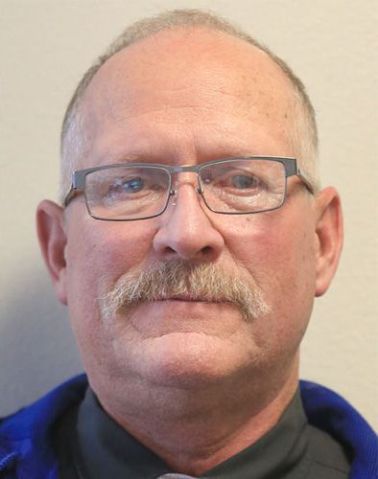 Most people do not realize it, but in the Supreme Court’s 1997 case, Printz v. United States, brought against the federal government’s 1993 Brady Handgun Violence Prevention Act by Sheriffs Mack and Jay Printz (Ravalli County, Montana), a very important court declaration was enunciated:

“The Constitution’s structure reveals a principle that controls these cases: The system of ‘dual sovereignty.’ See, e. g., Gregory v. Ashcroft, 501 U. S. 452, 457. Although the States surrendered many of their powers to the new Federal Government, they retained a residuary and inviolable sovereignty that is reflected throughout the Constitution’s text. See, e. g., Lane County v. Oregon, 7 Wall. 71, 76. The Framers rejected the concept of a central government that would act upon and through the States, and instead designed a system in which the State and Federal Governments would exercise concurrent authority over the people. The Federal Government’s power would be augmented immeasurably and impermissibly if it were able to impress into its service — and at no cost to itself — the police officers of the 50 States. Pp. 918-922.”

Translation: The “CLEOs” for the “local jurisdictions” — i.e., the County Sheriffs — retained their roles as both the supreme CLEOs for their counties as well as the primary protector of their elector/citizens’ constitutional rights, and could not be impressed into federal service.

You’d never get a glimmer of that fact, however, looking at the Laramie County Sheriff’s Dept. — as current Sheriff Danny Glick routinely allows, abets and advocates gross infringements on citizens’ Constitutional (4th and 5th Amendment) rights through the practice of “civil asset forfeiture”:

“Glick says there is no reason to change the current law in Wyoming because it isn’t being abused,” the interview states. “We’re not breaking the law,” Glick said.

Remember, Dear Readers, just what it is that “civil asset forfeiture” means: It is the seizure of property, without “due process of law,” simply because police THINK it might be involved in illegal drug trading. No proof required, just a SUSPICION.

Since the Constitution is still supposedly the law of this land, however — and since you, Sheriff Glick, swore an oath to protect and defend it — I guess you’re “breaking the law” after all. Worse still, YOU are the man who’s supposed to be protecting that law.

But, for county voters who rebel against such repugnant unconstitutional practices as Sheriff Glick runs for re-election this year, there’s an alternative candidate available to vote for: Greg Taylor.

Taylor, an investigator and law enforcement officer himself, adheres to a much different view of the nature and responsibilities of the Sheriff’s office:

“As the only directly elected law enforcement officer in America, the Sheriff must exercise great care while upholding the Constitution of the United States and the State of Wyoming while applying all laws fairly and equitably.” (From Taylor’s “Greg Taylor for Laramie County Sheriff” Facebook page, 2018.)

Nor does Taylor mince any words when it comes to his motivations:

“There are many reasons I am running for Sheriff. First among them is to uphold the Constitutions of the United States and the State of Wyoming and apply all laws fairly and equally. Second is to create a better work environment for the dedicated and loyal employees of the Sheriff’s office who have endured long enough. Third is to be a working Sheriff, present and available, to the citizens of Laramie County and not off at conferences or running for national association offices that return no direct benefit to Laramie County.”

And that is certainly something Laramie County citizens have needed and deserved for years, but failed to receive from the current occupant of that honorable office. So, it looks like it’s high time we got ourselves “a new sheriff in town.”

NOTE: This column was originally published in the Wyoming Tribune Eagle on July 29, 2018. Here is this column’s original downloadable PDF file.