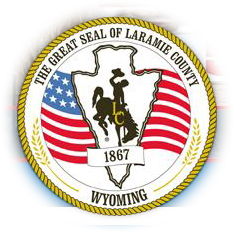 As we consider the political races for the Laramie County Commission this year, one thing will occur to anyone looking at past county budgets: These people sure are good at spending money!

Thus, county government payroll cost increases have nearly quintupled their rate of growth as compared to county population expansion (4.83 times, to be exact).

Is there anyone out there in the private sector of Laramie County that can boast such a boost in salaries and benefits? Not many, to be sure. So, therefore, any politicians associated with such wasteful government spending — Troy Thompson and Linda Heath, in this case, who are both running for re-election — need to be handed their walking papers on that basis alone.

Is there anyone else out there, however, worthy of occupying those positions?

Well, anyone who knows me at all knows I would never recommend voting for a Democrat, so — sorry, Mr. Filer, but you’re off the list.

The problem is, I rarely have anything worthwhile to say about Republicans either, as most of them are spineless jellyfish who don’t even have the courage of their own convictions. Do we have any exceptions, in these cases?

While Wiggam has what appears to be solid credentials as a former member of the Wyoming Liberty Group, I simply can’t support anyone whose only argument against the monstrosity of PlanCheyenne back in 2014 was that it might impact affordable housing in a negative fashion (“Council gives OK to PlanCheyenne update,” WTE, March 11, 2014). So — sorry, Mr. Wiggam, but you’re off the list too.

As for Scranton — well, he supports zoning (“Retired banker, businessman running for commissioner,” WTE, May 29),  which is nothing more than a gross violation of private property rights, so — sorry, Mr. Scranton, but that’s where we part ways as well.

Which leaves us with Hasenauer and Malm.

For those who might not remember, Malm was the architect of the “Never Moses” campaign (“Man launches #NeverMoses campaign against M. Lee Hasenauer,” WTE, July 5, 2016), and Malm played quite an active and acrimonious role in keeping voters from re-electing Hasenauer after being voted out in 2014.

According to Malm at the time, he took umbrage “with Hasenauer’s particular brand of politics,” which Malm said “doesn’t sit well with me as a lifelong Republican.”

Really, Mr. Malm? Then do you care to explain why a “lifelong Republican” would spend thousands of dollars over the last several years on trying to get Democrats elected?

According to the FEC’s website (www.fec.gov), Mr. Malm, you’ve contributed:

all up, Mr. Malm, that’s $13,600 you’ve given out to Democrats running in races all over the country for the last six years — with $500 of that money going to the DCCC, the Democratic Congressional Campaign Committee for crying out loud, the “official campaign arm of the Democrats in the House of Representatives” according to its website (www.dccc.org).

So, while I can now understand completely your distaste for Mr. Hasenauer’s “particular brand of politics,” Mr. Malm, at least we know who M. Lee is. Who are YOU???

And, to my Dear Readers: With the exception of recommending a vote for M. Lee — the only commissioner who opposed those pay raises back in 2014 — if you have any interest in voting for liberty on the LCC, you’d better just write in Mickey Mouse and Donald Duck — for at least they aren’t fakers either.

NOTE: This column was originally published in the Wyoming Tribune Eagle on June 25, 2018. Here is this column’s original downloadable PDF file.

1 Response to Liberty-Oriented Commission Candidates Are in Short Supply