Posted on March 7, 2018 by Bradley Harrington

“It is error alone which needs the support of government. Truth can stand by itself.” — Thomas Jefferson, “Notes on Virginia,” 1782 — 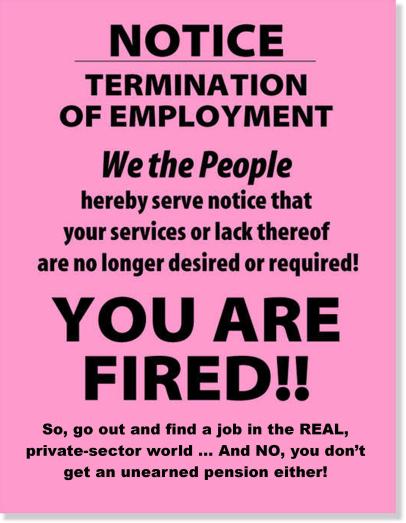 A few weeks back, I observed that “Wyoming, additionally, has the highest per-capita proportion of government workers as well, with fully 22.4 percent of its population in 2015 employed by government at all levels (the national average was 14.2 percent).” (“Red-ink budgets rooted in our red-ink thinking,” WTE, Feb. 11.)

By way of comparison, what was the entire country’s percentage of government workers on all levels back in 1900? 3.86 percent, a fraction of today’s figure (from “The Rise of Big Government in the United States,” John F. Walker and Harold G. Vatter, 1997.)

And, since that 3.86 percentage figure included all military, law-enforcement and court personnel — the only government workers needed to actually protect our individual rights — isn’t it fair to conclude that this is the absolute, upper-ceiling limit to that percentage that we need to have?

(And that’s being charitable, as even back in 1900, the country had already grown a pretty good crop of meddlesome bureaucrats.)

Now, of course, with a total population in 2015 of 321 million, 3.86 percent of it translates into 12.4 million employees, as a maximum, that our current population needs to protect its rights.

That’s about 9.5 million more than we actually need. So, here’s my plan for guaranteed jobs-creation and economic growth: Fire ‘em all.

And just imagine the benefits:

■ At an average salary of $51,340 for government workers on all levels, that’s an instant savings of nearly $488 billion. Not much when compared to $20 trillion, admittedly, but every little bit helps when you’re going bankrupt. The “free lunch” lines will increase for a while, but those former bureaucrats were essentially non-productive anyway. This way the taxpayers can now spend more of their money as they see fit instead of being forced by law to subsidize the livelihood of their jailers.

■ Apart from their salaries, however, those 9.5 million bureaucrats currently spend incredible amounts of taxpayer cash. Fire the RIGHT 9.5 million and you can save a pretty good pile of dollars.

Some $10-an-hour job sweeping floors at Capitol Hill, for instance, will cost us the price of the sweeper’s wages and benefits. Place that same sweeper into a suit and an office at the Dept. of Energy,  however, and that joker can cost you millions of dollars in assets and productivity before he’s even swilled his second cup of coffee. Especially if you happen to be an energy company.

And, speaking of the Dept. of Energy, which only has 16,000 employees but blows $25 billion yearly: Doesn’t that mean that each employee flushes an average of $1.56 million taxpayer dollars down the toilet annually?

Statistically speaking, we can call this the “flush factor” — but, when you start comparing them to one another, it’s instantly obvious that the Dept. of Energy’s “flush factor” is tiny indeed when compared to some other federal bureaucracies.

The Department of Education, for instance, employs a mere 5,000 people, but manages to squander $56 billion yearly, so that’s a “flush factor” nearly 10 times that of the Dept. of Energy, or $11.2 million per employee annually.

So, while closing those two bureaucracies right there barely makes a dent in the 9.5 million bureaucrats the country needs to relieve itself of, we’ve already saved $81 billion.

Anyone still want to claim that we’re not paying a price for our controls? Or that government can “stimulate” the economy?

■ And, finally, 9.5 million bureaucrats will no longer be acting to corrupt and pollute the integrity of our political and economic environment. Just imagine what the productive capacity of this country would be like with 9.5 million less dictators meddling in our affairs and telling us what to do. Pretty hard to put a price tag on that one, but I’d bet my next stimulus check that it’s trillions of dollars yearly, easy.

Such a proposal, of course, will encounter heavy opposition: 9.5 million bureaucrats relieved of their “responsibilities” will holler to the heavens about their pork being pinched, and government itself will greatly resist such a move as it will severely curtail its plans for more power and control.

Before too long, however, they’ll all be back to earning money again, this time doing real work such as digging ditches for instance, and everything will be fine.

NOTE: This column was originally published in the Wyoming Tribune Eagle on March 4, 2018. Here is this column’s original downloadable PDF file.