Time for a REAL Enterprise Zone

“The more laws and restrictions there are, the poorer people become … The more rules and regulations, the more thieves and robbers.” — Lao Tzu, “Tao Te Ching,” 500 B.C. — 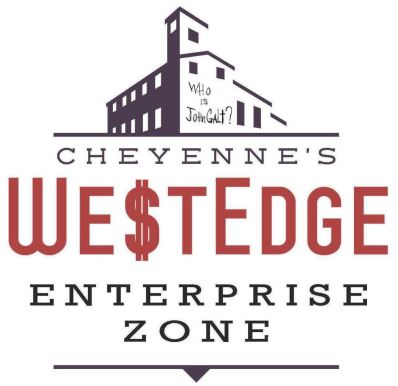 As anyone who lives in or frequents the Cheyenne area knows, the “West Edge” area of town — which the city’s cheyennewestedge.com website defines as the “30+ square blocks to the west of downtown Cheyenne” — is more than a bit on the blighted, rundown side.

That website further states that “Cheyenne is poised to support a thriving enterprise zone that is rich in character and an attractive place to live and work.”

So: What, exactly, IS an “enterprise zone”? The dictionary defines it as “a designated zone in a depressed area, especially an inner urban area, where firms are given tax concessions and various planning restrictions are lifted, in order to attract new industry and business to the area.”

Well, let’s talk about that a bit:

■ Observe, first of all, the unstated reality of such a zone: Since it consists of an area in which taxes and regulations are at least partially lifted in order to foster economic development, doesn’t that therefore imply that it was the taxes and regulations that created the “depressed area” in the first place?  And that the zone is being created to counter those effects?

■ Take note, also, that this definition does not discuss subsidies or grants as a method for implementing an enterprise zone. To the contrary, these zones are defined NEGATIVELY, i.e., as REDUCTIONS not increases, in government meddling.

Conclusion: This West Edge scenario isn’t an “enterprise zone” at all, but a “subsidy-sucking zone” instead.

Unfortunately, I was unable to locate a definition for such a zone in any dictionary I could find, so — in the spirit of actually useful enterprise — let’s create one on the fly:

Subsidy-sucking zone (noun): “Any government-sponsored area that misappropriates taxpayer-provided funds, ostensibly for wishes such as ‘flood control’ and ‘brownfield’ mitigation, but which are actually used to supply the ‘good-old-boy’ network with ‘development’ funds for their pet projects, such as ‘parks’ and ‘green spaces,’ which such boys would never have been able to acquire on their own merit through actual productive efforts in a free market that no longer exists within that zone.”

Now, why would the authors of Cheyenne’s West Edge website refer to such a scam as an “enterprise zone,” when it’s actually the exact opposite of such an idea?

Because the authors seek to fool the unwary reader, mostly likely ignorant of the socio-politico-economic realities that give actual meaning to such a zone, into thinking that their government-grant garbage qualifies.

By engaging in that kind of pseudo-intellectual “package-deal” disinformation, you see, the idea of a true enterprise zone is soon obliterated from the public mind — since there is no longer any phrase denoting the concept originally subsumed by the original wording.

And, just that quick, an “enterprise zone” becomes a “subsidy-sucking zone” instead, with the idea of actual deregulation turned on its head, thereby disappearing from discussion. Neat trick, huh?

So: Were city officials actually interested in creating a REAL enterprise zone, what should they be doing?

■ First, select a boundary area within the West Edge — say, from Snyder Ave. on the west, O’Neil Ave. on the east, the Union Pacific tracks to the south and 22nd St. to the north — that would define the zone’s geographical limitations;

■ Next, return all previously-apprehended subsidies to their funding sources — and then further decree that no part of this zone, home or business, is to receive any government subsidies of any kind whatsoever for “development” projects;

■ After that, suspend, for a period of time of not less than 20 years, all Unified Development Code regulations within those borders that do not pertain to legitimate adjudications regarding force and fraud (just about all of it, in other words);

■ And, finally, slash all sales and property taxes by a minimum of 50 percent for any entities within this zone, be they homes or businesses.

Now THAT, Dear Readers, is an “enterprise zone” — not the worthless, self-destructive, counter-productive thievery the city would have you believe it is.

And, once the productivity of such a zone eloquently demonstrates itself, as it is bound to do, we simply extend both its borders and its time-frame outwards for as far as you’d like to see honest development and meaningful revitalization occur.

NOTE: This column was originally published in the Wyoming Tribune Eagle on April 9, 2017. Here is this column’s original downloadable PDF file.