The Role of Ideas in Our Affairs

Posted on February 21, 2017 by Bradley Harrington

“First comes the thought; then organization of that thought into ideas and plans; then transformation of those plans into reality. The beginning, as you will observe, is your imagination.” — “The Law of Success,” Napoleon Hill, 1925 — 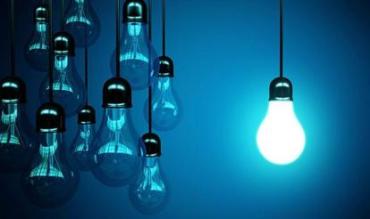 OK, Dear Readers, I know that I’ve taken you around quite a few blocks in the last several weeks — and I’m also aware that a number of you have dropped off this roller-coaster ride for being “too intellectual” as well.

Please accept my apologies for that — but I know of no way to fight bad ideas except by the use of better ideas. And, with the bad ideas now striking at the core of our essence and existence as human beings, it is of the utmost importance that a sound theoretical base be established at the outset.

Why? Because honesty, integrity and consistency demand it. Not to mention the facts of reality as well — for anyone proposing solutions to the problems facing us had better be armed and ready to refute the criticisms that will inevitably be voiced against them.

Which means: The development and dissemination of a rational, workable, cohesive, comprehensive view of life, which means: A philosophy.

Then, and only then, can we properly analyze and discuss the merits, or lack thereof, of specific moral and political ideas — since they are contained within and function as a final expression of that framework.

Yes, I know; most people have no use for philosophy. Many of us hold the realm of thought in contempt, as little more than ivory-tower gymnastics unrelated to the real world. (Understandably so, given the intellectual garbage that currently passes for “philosophy.”)

To “throw the baby out with the bathwater,” though, is to commit a deadly error — for how are we to live, and what is to happen to us, without principles, ideas and values? (A glance at our world’s present condition is enough to provide the answer.)

The state of our “educational” institutions, however — based on the same false premises you’ll find in any philosophy course you’ve got the guts to take — is such that, individually as well as socially, we’ve lost the capacity to relate our daily concretes to the abstracts that a comprehensive view of reality would give us.

Consequently, with much of our ability to think in terms of fundamental principles atomized, we’d better take just a little more time out for a quick recap, as the path we’re about to head down requires a solid grasp of what we’ve discussed to date:

■ That, after decades of wading through both philosophy and science, I’ve drawn the conclusion that the first has — with few exceptions — consisted of a concerted attack on the objectivity of existence and of man’s ability to derive knowledge of it;

■ That this nonsense has overflowed into our moral and social realms and is directly responsible for the mess we’ve made of our world — for the mindless brutalities, endless wars, thug-ridden dictatorships, mass slaughters and stunted economic development we see wherever we look;

■ That in order to counter this rot at its root, we must declare that existence exists, that it functions according to natural law, and that such laws are derivable by man through the use of reason;

■ That, when such reasoning is applied to our natures and methods of functioning, our survival tools are determined to be: Thinking and production;

■ That the biggest threat those tools face is the use of force against the thinkers and producers by other men;

■ That the overriding priority, therefore, for any system of social organization that claims to be rational, would be a ban on the initiatory use of force from all our relationships;

■ That such a ban be applied — and enforced with retaliatory force as necessary — against not just individual human beings, but against the mechanisms of our government as well;

■ That, historically, the United States of America was the first nation to actually walk that road and develop the beginnings of a system in which those principles were practiced;

■ That it was this revolutionary accomplishment that spawned the liberty, individualism and progress we’ve taken for granted ever since;

■ That the contradictions that were inherent in the original American scheme of things have widened to the point where the structure now risks being wiped out by an overgrown, over-bloated government operating in violation of its own moral purpose;

■ And, finally, that it is we, ourselves, the citizens of this once-great nation, unaware of the tragic consequences of our short-sighted political demands, who have been leading the charge for our own destruction.

NONE of these issues, however, are insoluble, as our functioning minds are our greatest asset — once we choose to recognize the power of our ideas. So, Dear Readers, are you ready for another ride?

NOTE: This column was originally published in the “Wyoming Tribune Eagle” on January 29, 2017. Here is this column’s original downloadable PDF file.