“Science does not advance by consensus, a show of hands, or even persuasion. It advances by individual scientists proposing testable hypotheses, examining data to see if they disprove a hypothesis, and making those data available to other unbiased researchers to see if they arrive at similar conclusions.” — Craig D. Idso, Robert M. Carter and S. Fred Singer, “Why Scientists Disagree about Global Warming,” 2015 — 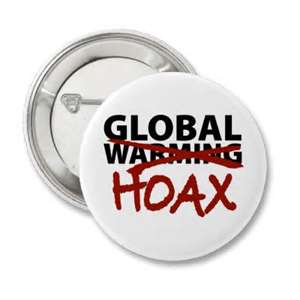 If you’ve ever wondered just how bad of an impact a “national” issue can have on our local lives, you need look no further than this Associated Press story to find your answer:

Well, there’s news stories that actually impart news — and then there’s thinly-veiled, poorly-researched, scientifically-discombobulated, propaganda-laced hit pieces that purport to report “news” but are actually pushing a hidden agenda instead. This AP garbage definitely qualifies as the latter.

■ “Dozens of measurements show Earth is warming. And it’s worsening.”

Um, sorry, but that flatly contradicts the observed data: “The least-squares linear-regression trend on the RSS satellite monthly global mean surface temperature anomaly dataset shows no global warming for 18 years 9 months since February 1997, though one-third of all anthropogenic forcings have occurred during the period of the Pause.” (“No global warming at all for 18 years nine months — a new record,” Christopher Monckton, www.climatedepot.com, Nov. 4, 2015.)

■ “The overwhelming majority of climate scientists and nearly every professional organization of scientists have said climate change is real, man-made and a problem.”

Um, sorry again, but that “evidence” is as bogus as it gets, as this statement proves clearly: “There is no convincing scientific evidence that human release of carbon dioxide, methane or other greenhouse gases is causing or will, in the foreseeable future, cause catastrophic heating of the Earth’s atmosphere and disruption of the Earth’s climate.” (“Global Warming Petition Project,” www.petitionproject.org, 2015.)

That statement has been signed by 31,487 American scientists, including 9,029 with PhD’s. So much for the alarmists’ “consensus” nonsense.

Yes, that AP article is a shameful display of supposedly “scientific” hysteria, and I could easily spend the next year debunking all the fallacies contained therein.

Of much more relevance to us here in Wyoming, however, is the repercussions this twaddle is having on our economy:

“CHEYENNE – Hundreds of people could lose their jobs, and services may be slashed across Wyoming as the result of $248 million in general fund budget cuts proposed by Gov. Matt Mead … The cuts would be effective for the 2017-18 biennium budget, which begins July 1. They are necessary due to massive shortfalls in revenue from mineral extraction industries on which the bulk of Wyoming’s budget is based.” (“Gov. Matt Mead says $248 million in budget cuts ‘painful,’” WTE, Jun. 22.)

So, we see that “global warming” is, indeed, having a catastrophic consequence on our lives, all right — just not in the way that AP hit piece would have you believe.

And yes, some of that falling revenue is the result of Wyoming’s historical “boom and bust” cycle — but much of it comes directly from the “global warming” baloney that’s gripping the country these days, and that baloney’s impact on energy regulations and plant closures:

“CASPER – The two largest coal mines in America announced massive layoffs Thursday morning … Peabody Energy cut 235 people at North Antelope Rochelle in Campbell County, or 15 percent of the workforce at America’s largest mine. Arch Coal said it was cutting 15 percent, or 230 people, at its Black Thunder Mine near Wright … The news comes in the face of an extended downturn in the coal market and amid a rising tide of environmental regulations.” (“Mass layoffs announced at Black Thunder and North Antelope Rochelle,” WTE, Apr. 1.)

(That very “boom and bust” cycle, itself, usually attributed to the “market” by ignorant “economists,” is actually the result of government’s manipulation of the energy economy, but that’s a commentary for another day.)

So: This intellectual rubbish, this “climate change” mythology, would be comical, if it weren’t for the fact that it’s putting thousands of people out of work and costing Wyoming hundreds of millions of dollars.

So: Who says ideas don’t have any effect on our lives? Where are you “do what works” pragmatists now? Out of work, mostly.

Instead of poo-pooing the role of the mind in man’s existence, perhaps you pragmatic types should be examining the hidden agenda behind all of this hot air instead: Power and control, pure and simple. And what — if anything — do you intend to do about that?

Bradley Harrington is a computer technician and a writer who lives in Cheyenne. Email: bradhgt1776@gmail.com.

NOTE: This column was originally published in the “Wyoming Tribune Eagle” on September 9, 2016. Here is this column’s original downloadable PDF file.